You Are Here:
Home
/
Initiatives

The Honeycomb Badgers started off as a group of friends who shared a passion for cycling. In the beginning, cycling for the team was all about getting together to share their love for riding by training side by side and enjoying a few cold ones together, whilst revelling in shared laughter.

As their enthusiasm and commitment to cycling grew, so did their competitive streak and as a result the team decided to enter their very first 947 Road Race, not as a team but just as a group of buddies.

The name, Honeycomb Badgers, was derived for the pure reason that the badger is one of the strongest and most resilient animals in the world, with ferocious defensive abilities and attributes that this team pride themselves on as they are a strong team who never give up.

The Honeycomb Badgers Team are built around the philosophy of having fun, living life to the fullest, embracing the outdoors and making it possible for other passionate riders to join a team that will help individuals, and the Team, further their progress and win some great races.

One of their goals is to win the next 947 Road Race, something this ambitious group have the ability to do. The Team also have two riders competing in the upcoming Pioneer MTB Race in New Zealand and the Cape Epic Race, feats that they are bound to excel in.

Go Honeycomb Badgers! Like your namesake, who are listed in the Guinness Book of World Records as the  “world’s most fearless animal”,  you too can get your name in the history books. In 2018, Honeycomb hosted our inaugural Golf Day and Kids Haven was the benefactor. Kids Haven is a registered NPO who provides protection and care for vulnerable children in South Africa. Honeycomb was able to donate almost a quarter of a million Rand to this very important charity, which was an amazing achievement for us. In 2019, Honeycomb hosted another Golf Day which was in aid of The Almond Tree for abandoned babies. The Almond Tree is a registered Child and Youth Care centre specialising in placing “vulnerable children into a family environment where they receive unconditional love, spiritual discipleship, care and nurture, ensuring that all their physical, emotional and mental needs are met.”

These events have proved to be wonderful success stories for Honeycomb as we are passionate about the upliftment of the community. 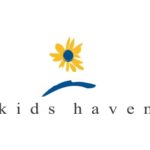 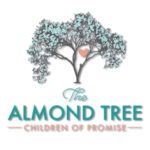